Last time, I explained the central drama of a baseball game, the duel between pitcher and batter. I covered that one first because 90% of the time in a baseball game is spent watching just the pitcher and the batter, and if you know nothing else, you can at least appreciate how this conflict builds the tension in the game.

Now to explain how that tension pays off.

Let’s look again at the field.

You can see three small squares in the field forming a diamond with home plate. The square along the right foul line is 1st base, the one in the middle is 2nd base, and along the left foul line is 3rd base. A team scores a point (called a run) by advancing a batter around the three bases and back to home plate. Here are the basic rules: So what does this all mean?

When the batter is able to put the ball in play, the distance and direction he hits it makes a HUGE difference. The different situations that can happen are too many to enumerate, but they can boil down to four basic outcomes: 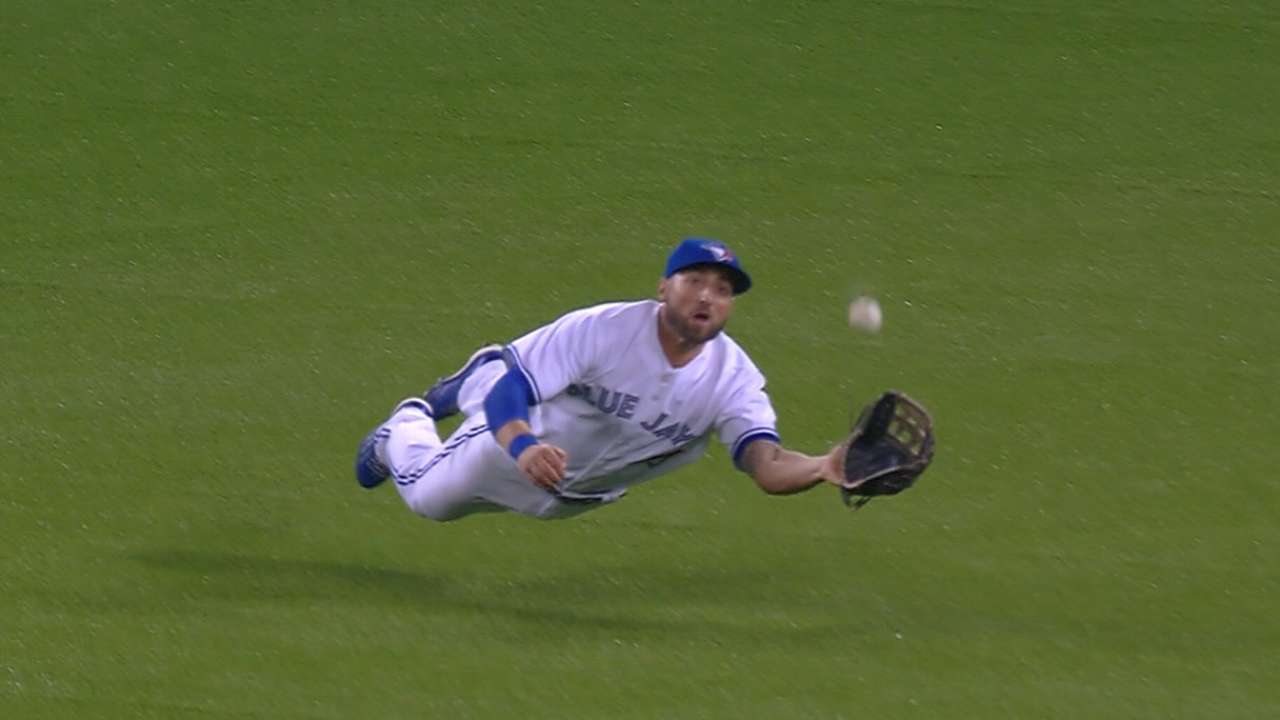 I’ll go back to what I said before: the pitcher-batter confrontation builds the tension of the game, whereas the payoff to that tension, the exciting part, comes when the ball is put in play and the defense must orchestrate their actions to create an out. While some plays in the field are pedestrian (so pedestrian, in fact, I had a tough time finding an example on Youtube!):

Others make your fist pump:

And still others you wish would happen far more often:

Incidentally, since I’ve only mentioned outs as something to avoid, let me expand on their meaning. There are nine periods of play in the game, known as innings. During each inning, the visiting team gets an opportunity to bat and score as many runs as possbile before receiveing 3 outs. Then any remaining baserunners are cleared, and the home team has a chance to bat; again, to score as many runs as possible before receiving three outs. The two halves of the inning are the top and bottom. If the home team is ahead after the top of the ninth inning, the bottom half is not played as the home team cannot be beaten. There is no clock for the game, and play only advances by recording outs.

In these first two posts, I’ve talked about the basic idea of the game so you can follow the action. In the next posts, I’ll talk about a) some important exceptions to these rules that make the game a bit more interesting, and b) some of the strategies used by pitchers, batters, baserunners, and defenses to accomplish their objectives.

This site uses Akismet to reduce spam. Learn how your comment data is processed.